Ralph questions the Comptroller of the United States, Gene Dodaro, head of the Government Accountability Office, about a long overdue audit of the Pentagon. Plus, Dr. Gordon Douglas, co-founder of Princeton Studies Food has some pretty harsh words for our industrial animal agriculture system. 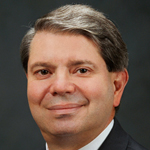 Gene Dodaro is the head of GAO, the Comptroller General of the United States.  He was appointed to a 15-year term by President Obama from a slate of candidates proposed in a bipartisan fashion by Congress.  As Comptroller General, Mr. Dodaro helps oversee the development and issuance of hundreds of reports and testimonies each year to various committees and individual Members of Congress. These and other GAO products have led to hearings and legislation, billions of dollars in taxpayer savings, and improvements to a wide range of government programs and services.

“Our mission and the reason we exist is to support the Congress in carrying out their very important Constitutional responsibilities.  These include appropriating funds, legislating the laws, providing oversight to make sure that our system of checks and balances and the Constitution works, having the legislative branch oversee the executive branch operations.  And we also exist to enhance the performance and accountability of the federal government for the benefit of the American people.” Gene Dodaro, Comptroller of the United States (GAO) 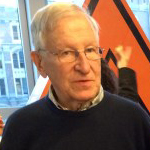 Dr. Gordon Douglas is a physician, who specialized in infectious diseases during a long and distinguished academic career. Dr. Douglas was the founding president of Merck’s Vaccine Division and along with his wife, Sheila Mahoney, created the program, Princeton Studies Food, a coalition of faculty, researchers, students, alumni, staff and community members tackling the challenge of feeding the world’s people while preserving the Earth and its resources.

“One of the things we’ve looked at in our conference this year is 25% of all calories used for human consumption are wasted or lost.  They’re not used.  If you could reduce that by half, just half – you know a reasonable goal – you would make up about a quarter of all the extra calories that are needed by 2050 to feed this burgeoning population.” Dr. Gordon Douglas, co-founder of Princeton Studies Food