Ralph welcomes civics educator and author, Barbara Lewis, who tells how best to teach kids how to be effective activists in their communities. Then, investigative reporter, Greg Palast, joins us to outline how we can protect our vote this election year, chronicled in his book “How Trump Stole 2020: The Hunt for America’s Vanished Voters.” 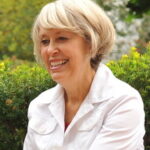 Barbara Lewis is a national award-winning author and educator. When she taught at Jackson Elementary School in Salt Lake City, her students initiated the cleanup of hazardous waste, improved sidewalks and planted thousands of trees. Ms. Lewis has written 9 books aimed at teaching kids to be civically active. She wrote the book What Do You Stand For? For Teens: A Guide to Building Character.  And her soon to be released book is titled Social Emotional Stories: Lessons and Learning from Plants and Animals.

Barbara Lewis, author of “What Do You Stand For? For Teens: A Guide to Building Character”

“There’s nobody who can touch the conscience of a grown-up more than a child.” 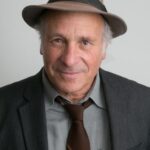 Greg Palast is an economist and financial investigator turned journalist. He is known for his investigative reports for BBC, The Guardian and Rolling Stone. Mr. Palast was instrumental in exposing historic controversies such as the Shoreham Nuclear Power Station Project, Exxon Valdez, the 2000 U.S. Presidential Election and Deepwater Horizon. He is the author of The Best Democracy Money Can Buy.  His latest book is: How Trump Stole 2020: The Hunt for America’s Vanished Voters.

“One in five mail-in ballots never get counted. And once again, overwhelmingly in communities of color. They know what they’re doing.”

Greg Palast, author of “How Trump Stole 2020: The Hunt for America’s Vanished Voters”

To inquire about buying “How Trump Stole 2020” in bulk (250 books for $5.00 per book) email the publisher Seven Stories Press at sevenstories@sevenstories.com