Ralph welcomes former Deputy Secretary of the US Treasury and Federal Reserve governor, Sarah Bloom Raskin, to talk about how we should really measure the health of the economy and how America’s central bank influences that for good and ill. Plus, Ralph pays tribute to the late political and economic reporter, William Greider, the man who among many things, coined the term, “Nader’s Raiders.” 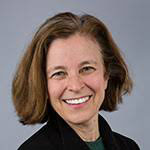 Sarah Bloom Raskin has been a Commissioner of Financial Regulation for the State of Maryland, who then went on to serve as a governor at the Federal Reserve from 2010 to 2014. From there, she became the first female Deputy Secretary of the United States Treasury from 2014 to 2017. A graduate of Harvard Law School, Ms. Raskin is currently a Rubinstein Fellow at Duke University.

“The metrics that this president (Trump) likes to point to [are] a booming stock market and a low unemployment rate. Well, unfortunately, there are more metrics that go to economic well-being. And one of the first orders of the day is to make sure people understand that there is more to measuring the economy than just market performance or the unemployment rate… If you think that those two measures alone can underscore for Americans some of the real anxiety and hardship that different communities are feeling right now, I think you’re on another planet.”
Sarah Bloom Raskin, former Fed governor & Deputy Secretary of the Treasury

“Even though they (the Federal Reserve) lower the interest rates for the banks, borrowing from the Fed, that doesn’t mean that credit card debtors don’t get hit with huge interest rates, spiking to 10, 20, 30%, payday loans, rent-to-own rackets etc.”
Ralph Nader