Ralph invites filmmaker, Robert Greenwald, to talk about his new film, “Suppressed: The Fight to Vote,” about all the creative ways Republicans use to discourage people of color from voting. And the University of Redlands’, Shelli Stockton, joins us to promote the “tree plant-a-thon” organized in celebration of the 50th anniversary of Earth Day. Plus, Ralph talks Super Tuesday! 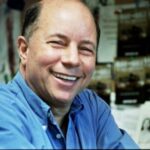 Robert Greenwald is the founder of Brave New Films, a nonprofit film studio, whose work is distributed for free, to educate and mobilize for progressive causes. The studio is currently working with a coalition in California to end the unjust money bail system, with films like Debunking Bail Myths. His work has won him 25 Emmy Award nominations, two Golden Globe nominations, the Peabody Award and the Robert Wood Johnson Award. Mr. Greenwald directed and produced the film, “Suppressed: The Fight to Vote.”

“The political will from the Democratic and the progressive and the liberal side has not been there. Look, the conservatives and the right wing and Republicans have spent millions and millions of dollars and years and years designing smart and legally defensible, but morally and totally indefensible ways to suppress the vote. We know what they’re doing. We show the tactics, we show it. Now it’s on us to come up with [a solution]. But it requires people being angry, being upset.”

Robert Greenwald, producer, director of “Suppressed: The Fight to Vote.” 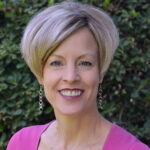 Shelli Stockton is the Director of Alumni and Community Relations at University of Redlands, in Redlands, California. University of Redlands, Esri, and the Redlands Unified School District are teaming up to give every elementary student in the district a tree for Earth Day 2020, which will be the 50th anniversary of Earth Day. During this tree plant-a-thon, through planting their own trees the goal is to teach students the benefits of planting trees and about how trees help mitigate climate change and reduce air pollution.

“The absorption of carbon dioxide is one of the major [benefits of planting trees] that helps in the climate crisis, but they also reduce rainwater runoff and improve the quality of runoff water. They provide cooling… They reduce noise pollution, but the figure that we have really honed in on is that one acre of forest absorbs about six tons of carbon dioxide and puts out about four tons of oxygen… There certainly are climate scientists out there that feel like this is something that really could make, on a grand scale, a big difference. We’re trying to do our part locally. I think it’s really important, especially for kids, to understand that there’s something that they can do.

Shelli Stockton, Director Community Relations at University of Redlands on their tree-plant-a-thon