Amazon Takes Over The World!

The Existential Threat of Big Tech

Ralph spends the whole hour with journalist Franklin Foer, author of World Without Mind: The Existential Threat of Big Tech, about how the Big Four, Google, Apple, Facebook and Amazon are attempting to dominate every aspect of our lives and minds.  Plus, we get Ralph’s take on the Bernie Sanders’ single-payer bill, and he answers more listener questions. 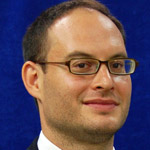 Franklin Foer is a national correspondent for The Atlantic and a fellow at the New America Foundation. For seven years, he edited The New Republic magazine. He is the author of How Soccer Explains the World, which has been translated into 27 languages and won a National Jewish Book Award. The Daily Beast called Mr. Foer one of America’s ‘most influential liberal journalists.’  His latest work and the subject of our conversation today is entitled: World Without Mind: The Existential Threat of Big Tech.

“The magical qualities of these devices and inventions can distract us from some of the dark sides.  And the biggest dark side is that all these new technologies are not just automating upper body strength.  They’re not just letting us plow fields.  They’re not just letting us get around in a more efficient sort of way.  These are intellectual technologies.  They stand between us and information. They want to create virtual realities that we’ll inhabit.  They create artificial intelligences, which they hope will be an extension of our own intelligences.  And that makes these companies unusually powerful.” Franklin Foer, author of World Without Mind: The Existential Threat of Big Tech