Legendary water protector, Winona LaDuke, joins Ralph to talk about her vision for replacing the oil economy. And national correspondent for The Nation magazine, John Nichols, analyzes the latest in the battle between Joe Biden and Bernie Sanders as they march toward the Democratic convention. 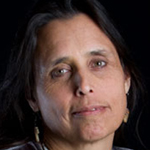 Winona LaDuke is an internationally renowned activist, working on issues of sustainable development, renewable energy and food systems. Ms. LaDuke lives and works on the White Earth reservation in Minnesota. And in 1996 and 2000 she ran for vice president as the nominee of the Green Party with our very own Ralph Nader. As program director of the organization Honor the Earth, she works on issues related to the climate crisis.

“I call this the New Green Revolution… hemp has the ability to transform this country… this country had a choice 70, 80 years ago between a carbohydrate economy and a hydrocarbon economy, and we know the choice that was taken, and that’s the one we’re paying for now and future generations will pay for.” 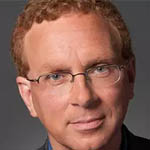 John Nichols is the national affairs correspondent for “The Nation” magazine, Mr. Nichols is also contributing writer for “The Progressive” and “In These Times” and the associate editor of the “Capital Times,” the daily newspaper in Madison, Wisconsin. With Robert McChesney, he has co-authored a number of books about the media and how to reform it.

“[Bernie Sanders] acknowledged that he’s got an electability challenge, that people don’t see him as being as electable as Biden. But he also pointed out something else, that in the exit polls overwhelmingly people support his positions on the issues. In Michigan, 57% of the people supported a government run healthcare plan that replaces private insurance… 57% of people in Michigan supported it, I believe it was 58% in Missouri, in Mississippi it was 60%… What Sanders is talking about is winning big, but he is not.”