The Falling of the American Empire

Surprising News About Your Brain!

Journalist, author, and CNN medical contributor, Jean Carper, joins us to talk about her documentary film, “Monster In The Mind,” about the myths surrounding Alzheimer’s disease, how dementia is actually on the decline, and how your genes are not necessarily your destiny. Plus, Ralph takes a big bite out of Apple and their trillion-dollar valuation. 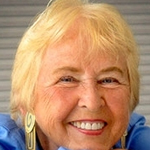 Jean Carper is a best-selling author, columnist, radio talk show host and leading authority on health and nutrition. She is the author of 24 books, including the award-winning “Stop Aging Now!” Her latest book is “100 Simple Things You Can Do to Prevent Alzheimer’s and Age-Related Memory Loss.”And on that same theme, she has directed a documentary entitled “Monster in the Mind,”which Ralph called “A brilliant deconstruction of the Alzheimer’s myth.”

“The surprising fact that has only come out in the last few years is that dementia among elderly people in affluent countries around the world has been dropping precipitously. There’s a recent analysis by the Framingham Heart Study that found that the incidence of dementia is going down at 20% per decade.” Jean Carper, former CNN medical correspondent and director of “Monster in the Mind.”

“Basically what we have is a business model by Tim Cook, the CEO of Apple, that is fundamentally relying on serf labor… then the other part of the business model is high-priced iPhones… and the third leg of this three-legged stool is massive use of profits to buy back Apple’s stock.”  Ralph Nader on the news of the one trillion dollar valuation of Apple.