Ralph welcomes mental health experts Judith Eve Lipton and David Barash to talk about what we can learn from Costa Rica, a country that has survived and thrived after giving up its military. And consumer advocates Harvey Rosenfield and Laura Antonini tell us how they are exposing how companies like Walmart, Home Depot and Airbnb are using your personal data against you. 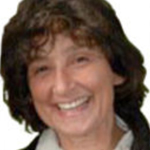 Dr. Judith Eve Lipton is a psychiatrist and Distinguished Fellow of the American Psychiatric Association. Her husband is Dr. David P. Barash an evolutionary biologist and a professor of psychology at the University of Washington. Together, they have authored numerous books, on sex, war, and human nature.  Their latest collaboration is entitled “Strength Through Peace: How Demilitarization Led To Peace and Happiness in Costa Rica, And What the Rest of The World Can Learn From A Tiny, Tropical Nation.” 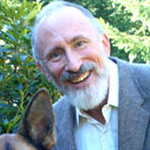 “Right now, there’s all this hassle about immigrants from Central America flooding into the United States – and according to Mr. Trump causing some national security emergency, which I think we can all agree is absolute nonsense – but it’s fascinating to note that among those immigrants who are trying to escape horrible situations in Central America, there appear to be virtually no Costa Ricans. The Costa Ricans really are happy and satisfied with the country that they’ve established. I think it cannot be emphasized too strongly that this is almost certainly not a simple correlation with the fact that Costa Rica has abolished its military… I think there’s an enormous lesson to be learned there.” David P. Barash, co-author of “Strength Through Peace: How Demilitarization Led To Peace and Happiness in Costa Rica, And What the Rest of The World Can Learn From A Tiny, Tropical Nation.”

Laura Antonini is an attorney and the Consumer Education Foundation’s Policy Director . 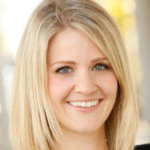 She focuses on reforming deceptive practices law and class action litigation procedures. Previously, she was a staff attorney at Consumer Watchdog, where she worked on complex litigation in federal and state court, as well as California insurance regulatory issues.

Harvey Rosenfield is one of the nation’s 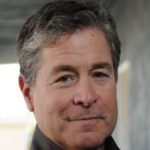 foremost consumer advocates and founder of the advocacy group, Consumer Watchdog based in Santa Monica California. Among many other accomplishments, Mr. Rosenfield authored Proposition 103 that has saved consumers hundreds of millions of dollars in auto insurance premiums. He has also co-authored groundbreaking initiatives on HMO reform and utility rate deregulation and is the author of the book, “Silent Violence, Silent Death: the Hidden Epidemic of Medical Malpractice.”

“A shadowy group of companies are a making a multibillion dollar business out of taking information about Americans – as much 50,000 separate pieces of information about each American that they’ve gleaned from our personal lives – and they are running that information through an algorithm, a software program that spits out a score. And the score encourages retail companies – people we are doing business with as Americans in the U.S. marketplace – to treat us differently… You may pay less for the same product I want to buy. Or (someone else) may get worse customer service. She may be stuck on hold for fifty minutes, while I get my call covered right away.” Harvey Rosenfield of Representconsumers.org

“My phone knows that I get frozen yogurt every night at 9:30pm. My phone knows my menstrual cycle. My phone knows my medical conditions. It knows what I search for on the internet, knows I like cats, knows when I’m dating. That stuff doesn’t necessarily bother me. And even a targeted ad for let’s say a cat bed – that doesn’t bother me either, because I can ignore that. But now, the fact that it’s being weaponized against me to maybe deny my right to return a product, to charge me more, to potentially deny me a job… or deny me housing, or maybe charge me more for insurance or medication. I think that’s when the people of my generation will become outraged: when we know how it’s being used against us.” Laura Antonini of Representconsumers.org