Drugs in a Pandemic

Ralph welcomes Constitutional scholar Alan Hirsch to talk about how best – amid a pandemic – we can still conduct a legitimate presidential election. And labor writer, Steven Greenhouse, asks the question: Are our grocery deliveries worth a worker’s life? 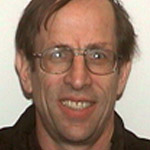 Alan Hirsch is a constitutional scholar and the chair of the Justice and Law program at Williams College. Dr. Hirsch is the author of numerous works of legal scholarship and many books, including “For the People: What the Constitution Really Says About Your Rights,” “A Citizen’s Guide to Impeachment” and his newest book “A Short History of Presidential Election Crises: (And How to Prevent the Next One)”.

“History teaches us…  [that] having these 51 separate elections and then just aggregating them – these winner-take-all elections – in every state and the District of Columbia is an invitation to a squeaker election, a very close election, which turns on a few hundred votes in one or two states. Because of that, it is an invitation to hackers or any other fraudsters… This is a hacker’s dream, the Electoral College. It just makes their lives so much easier to know they just have to change a few hundred votes and they have a decent chance of getting their candidate. And in the popular vote they would have to swing hundreds of thousands of votes.”

Alan Hirsch, author of “A Short History of Presidential Election Crises: (And How to Prevent the Next One)” 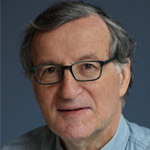 Steven Greenhouse is an award winning reporter, who covered labor and workplace issues for nineteen years at The New York Times. Mr. Greenhouse has written “Beaten Down, Worked Up: The Past, Present, and Future of American Labor”. He has also served as a business and economics reporter and a diplomatic and foreign correspondent. His latest opinion piece in the New York Times is entitled “Is Your Grocery Delivery Worth a Worker’s Life?”

“Donald Trump is not a friend of American workers. He pretends to be; he campaigned as if he was. One great unfortunate example is that Nancy Pelosi pushed for this new law that would extend paid sick leave to every American worker. But Donald Trump [and]the White House said wait a second, we need to put in a big fat exemption for all companies that have more than 500 employees… Corporate America pushes to exempt the largest, biggest, richest companies from a very basic protection, paid sick days, at a time more than any time in the last 100 years when we need a paid sick days law to protect not just workers, but the community and customers… The Trump Administration [and] Corporate America is very willing to give workers the shaft if it hurts their bottom line or if it’s politically convenient.”