Power of the Commons/2020 Highlights

Ralph welcomes firebrand attorney, Jason Kafoury, who helped pass a referendum in Portland, Oregon to create a commission of civilian volunteers who would have the power to investigate deadly force and other allegations of misconduct by police. Plus, former head of the Occupational Health and Safety Administration, Dr. David Michaels, joins us to mark the 50th anniversary of the agency that has saved countless lives and prevented innumerable injuries to workers on the job. 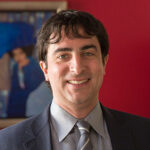 Jason Kafoury is an attorney at the Portland, OR law firm of Kafoury & McDougal, where he has participated in nearly 50 jury trials. Mr. Kafoury’s legal experience includes working for the Environmental Law Foundation in Oakland, where he helped draft a strategic plan to protect and expand California’s public trust doctrine. He’s on the campaign steering committee for a measure that would amend the City of Portland City Charter to include the creation of a new commission made up of civilian volunteers, who would have the power to investigate police misconduct.

“A lot of the major unions endorsed our measure. So, I think the Black Lives Matter movement has helped carve…out an exception for police excessive force cases and gotten it to a point where unions are on board with it too, which is a huge step for the movement.”

Jason Kafoury, Portland attorney on the campaign for citizens’ oversight of police misconduct

“It’s hard to stand against 82% of your constituents that want this to happen. So, I’m feeling more and more confident that we’re going to have the best independent citizens review board in the country by 2022.”

Jason Kafoury, Portland attorney on the campaign for citizens’ oversight of police misconduct 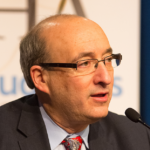 Dr. David Michaels is an epidemiologist and professor at George Washington University’s School of Public Health. He was the longest-serving head of the Occupational Safety and Health Administration. Dr. Michaels has won many awards for his science advocacy and has authored The Triumph of Doubt: Dark Money and the Science of Deception. Since the COVID-19 pandemic began, Dr. Michaels has focused on improving the protection of workers exposed to SARS CoV-2, has written and consulted extensively on the topic, and is a member of the Biden-Harris Transition COVID-19 Advisory Board.

“This tragedy is compounded by the fact that the current administration- the Trump Administration- has done really very little to try to improve protections, essentially letting things go on, saying the most important thing is to keep the economy running. When in fact, by doing that and by letting workers continue to get exposed and to get sick, we’re just helping pump the pandemic. We’re driving the pandemic, it’s going to last longer and hurt more people and hurt the economy even more.”

“Just like going down into the coal mine exposed executives [to] what that work is like, I think for the first time [during the COVID-19 pandemic], we are cognizant of the important and hazardous work done by these invisible, underpaid workers who we call essential.”