Patrick Burns of Taxpayers Against Fraud talks to Ralph about too big to fail corporations and who really is ripping off the government; and Doug Hughes, the postal worker who flew a gyrocopter onto the US Capitol lawn to protest money in politics, drops by to give us the latest on his campaign and trial. 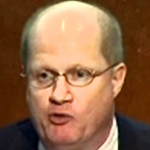 The idea of The False Claims Act is that you would incentive integrity. How would you pay a whistleblower to come forward? And the answer was to hit the fraudster with treble damages. So whatever they stole, they would have to pay three times back. And that means the cost of doing the fraud, in theory, would be more than the cost of doing business. The government would be made whole. The whistleblower would be paid from the money taken from the fraudster. 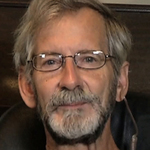 The substance of the letter  to Congress was I serve notice on them that we’re comin’ to get ‘em.  The message of my flight wasn’t to Congress, because they know what’s going on.  The message of the flight was to the American public.  That’s why I flew rather than deliver them more conventionally… and the message to the American people is that solutions exist and all we have to do is reach out and do them.