Nukes Are No Answer To Climate Crisis 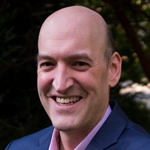 Dr. Gregory Jaczko served as Chairman of the U.S. Nuclear Regulatory Commission from 2009-2012, and as a commissioner from 2005-2009. As Chairman, he played a lead role in the American government’s response to the Fukushima nuclear accident in Japan. Dr. Jaczko is now an adjunct professor at Princeton University and Georgetown University, and an entrepreneur with a clean energy development company. He is the author of Confessions of a Rogue Nuclear Regulator.

“There are a lot of people running around, talking about how nuclear is the only way we’re going to solve climate change. And it just reminds me of these predictions back in the ‘60s of how we were going to have an entire country powered by nuclear power. A generation has forgotten those promises, and now they’re latching onto nuclear as some kind of solution to climate change. That, to me, is a real mistake.” Dr. Gregory Jaczko, former Chairman of the Nuclear Regulatory Commission and author of “Confessions of a Rogue Nuclear Regulator”