Ralph talks to Israeli activist, Miko Peled, author of The General’s Son, Journey of an Israeli in Palestine about whether a two-state solution to the Israeli/Palestinian conflict is even possible.  Also, Mark Green rejoins us to discuss whether president-elect Donald Trump has already violated The Logan Act, which prohibits private citizens from negotiating on behalf of the U.S. with a foreign government. 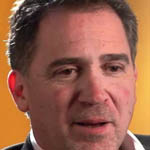 Miko Peled is an Israeli writer and activist living in the US. He writes a blog that is “dedicated to tearing down the separation wall and transforming the Israeli apartheid system into a secular democracy, where Palestinians and Israelis will live as equal citizens.”  Mr. Peled was born and raised in Jerusalem.  His grandfather was Dr. Avraham Katsnelson, a Zionist leader and signer on the Israeli Declaration of Independence.  His father, Matti Peled, was a young officer in the war of 1948 and a general in the 1967 war.  Driven by a personal family tragedy to explore Palestine, its people and their narrative Miko Peled has written a book about his journey called The General’s Son, Journey of an Israeli in Palestine. 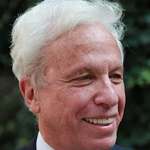 Mark Green is an author and a radio and TV commentator, whose latest book is entitled Bright, Infinite Future: A Generational Memoir on the Progressive Rise .  He also co-authored a letter to the New York Times with Harvard Constitutional law professor, Laurence Tribe, reiterating his call that Donald Trump either divests himself of his business interests or face impeachment for violating the U.S. Constitution.