Georgia On My Mind

On the 55th anniversary of the publication of Ralph’s landmark auto safety book, we welcome fellow traveler, Joan Claybrook, who has authored a report not only to celebrate the 4.2 million lives that have been saved in that time, but also on what more needs to be done. And Public Banking expert, Ellen Brown, joins us to talk about how public banks would be better than private banks at rescuing Main Street during this depression. Plus, Ralph answers listener questions! 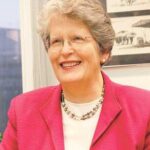 Joan Claybrook is one of the public interest champions of the modern consumer movement. She is one of the co-founders and president emeritus of Public Citizen. During the Carter Administration, Ms. Claybrook headed the National Highway Traffic Safety Administration of the U.S. Department of Transportation. Ms. Claybrook has testified frequently before congressional committees on many public interest issues, but with a particular focus on auto and highway safety.

“For the original safety standards, we were looking at designing in crash protections so that the occupant inside, even though there was a crash, would not be harmed or killed. And now, the automotive supplier industry, with its ingenuity, has come up with things that we never really would have ever believed could happen… [These measures are] available and ready to go. They’re on some cars already, so the agency could just say ‘We don’t have to do any research, we don’t have to do any evaluation, these systems are in the rich people’s cars, the expensive cars. Let’s mandate them for all cars.’”

“The death rate in 1965 was… almost 6 fatalities per hundred million vehicle miles traveled. And now it’s under 1.5 fatalities, just by one measure of progress, showing that regulation works.”

“I don’t think I’ve ever seen a more useful guide for consumers than The Car Book.” 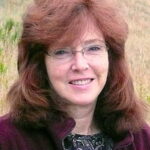 Ellen Brown is an attorney and the founder of the Public Banking Institute, whose vision is to establish a network of state and local publicly owned banks that create affordable credit, while providing a sustainable alternative to the current high-risk centralized private banking system. Ms. Brown is the author of thirteen books, including the bestselling Web of Debt and Banking on the People: Democratizing Money in the Digital Age. Her latest article is entitled Why the Fed Needs Public Banks.

“The whole idea of a public bank is that you don’t have investors that are sucking the profits out. You pump the profits either back into the bank or maybe back into the state or the city… So that’s why it’s such a good deal to be able to get free liquidity from the Fed itself.”

“We could just be borrowing directly from the Federal Reserve, which is what JPMorgan Chase [Bank, N.A.] and the big banks are doing. They’re all using the Fed’s discount window, and obviously they need it the least, but they know a good deal when they see it. So we want that good deal as well.”

“The Postal Banking System was our original public banking system that…was all across the country, you had postal banks everywhere. It was instituted a year before the Federal Reserve Act was passed. And it worked very well through the Great Depression; people were rushing to pull their money out of the banks, which were crumbling, and put it into the post office. But that was the threat to the big banks, they could see that this was going to be too popular.”