How To Fix Our Broken Democracy

Ralph welcomes Daniel Newman, author of the intriguing and accessible non-fiction graphic novel “Unrig: How To Fix Our Broken Democracy,” about how private “wealth hoarders” work to weaken government and what you can do about it. Then, Dr. John Geyman returns to remind us how corporate healthcare rips us all off as evidenced in his new book “Profiteering, Corruption and Fraud in U.S. Health Care.” 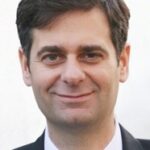 Daniel Newman is a national expert on government accountability and money in politics. He is the President and Co-Founder of MapLight, a nonprofit that promotes transparency and political reform. Mr. Newman has led MapLight from a 2005 startup to an established national resource. He wrote the graphic novel “Unrig: How to Fix Our Broken Democracy”.

“The US Constitution was really written to insulate lawmakers from the public. To really push the public away… This Constitution, which I grew up learning was a sacred document, implicitly perfect, actually has a lot of problems that prevent government from actually working the way people want it to.”

Daniel Newman, author of “Unrig: How to Fix Our Broken Democracy” 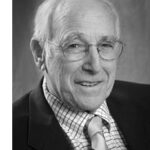 John Geyman is an M.D. and professor emeritus of family medicine at the University of Washington School of Medicine in Seattle. He has been a family physician in academic medicine for 21 years. For 13 years he practiced in rural communities. Dr. Geyman has served as president of Physicians for a National Health Program and is a member of the National Academy of Medicine. His new book is titled, “Profiteering, Corruption and Fraud in U.S. Health Care”.

“As we develop the profiteering side of healthcare it’s all about billing. And it takes lots of billing clerks for each physician to maximize those bills to the patient. And so, the growth of administrators is sky high versus the minimal growth of physicians… That’ll all go away with Medicare for All.”