Young activist, Katie Fahey tells us the inspiring story of how she was able to organize a left/right coalition to end gerrymandering in her home state of Michigan. And Paul Hudson, the head of Flyers’ Rights tells us how and why the FAA has re-approved the faulty Boeing 737 Max. 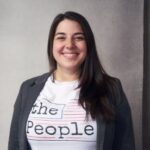 Katie Fahey served as founder and Executive Director of Voters Not Politicians, a grassroots, nonpartisan campaign that ran a successful effort to end gerrymandering in Michigan. Now, Ms. Fahey is Executive Director of The People, a nonprofit organization committed to sharing the lessons learned in her home state. The People gather and empowers everyday Americans to find common ground and take action to create a more responsive government of, by, and for the people.

“In Michigan, our state legislature is so gerrymandered that really for the last ten years even though pretty consistently over 50% have voted for Democrats we have had a supermajority in our state house and state senate with Republicans. The bills you’re trying to pass don’t resonate with the people who live here. The Republicans basically didn’t have to talk to a single Democrat to pass anything that they wanted.”

“Redistricting is going to happen whether we like it or not. And it is going to have an impact. These election maps are going to be drawn this year and are going to be stuck in place until 2031. So, anything you can do to try and make that process more fair, more transparent, make sure that your voice is at least being heard, has such a higher chance of having an impact that will guarantee future generations of voters have more equitable elections. I would just say it’s so worth the investment.”

“Now we have gerrymandering in many states and it’s quite clear that both parties engage in it, but in the last ten years the Republicans have far outpaced the Democrats in state after state. Which in effect secures them safe seats.”

“The purpose of gerrymandering is it torpedoes a competitive democracy.” 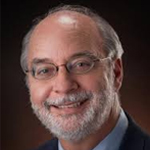 Paul Hudson has been a groundbreaking public interest advocate for over thirty years: In the 1970s in energy and utility policy, in the 1980s for crime victim rights, in the 1990s to 2012 for air travelers and terrorist victims. He led the Pan Am 103/Lockerbie bombing victim family organization and the Aviation Consumer Action Project. Today, he is the president of Flyers Rights, which is keeping on top of the Boeing 737 MAX story.

“The [Boeing 737 MAX] plane may be unfixable. That’s the fundamental problem.

“The primary blame has to be with Boeing urging Congress to essentially delegate safety to them. They persuaded that on both sides of the aisle. It also of course lies with the FAA itself. We have one administrator after another who either ignores the problems or kowtows to Boeing. And we have the lack of any oversight by the Executive Branch generally.”