Is This Land Really Our Land?

In a fast-paced show, Ralph welcomes back former Nuclear Regulatory Commissioner, Peter Bradford to update us on the 10th anniversary of the nuclear meltdown in Fukushima. Then Public Citizen’s, Alan Zibel, joins us to tell us how we taxpayers amazingly are still subsidizing the fossil fuel industry. Ralph answers listener questions and debuts a feature on his website called “Reporter’s Alert.” 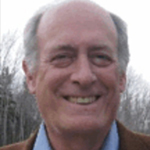 Peter Bradford is a former member of the U.S. Nuclear Regulatory Commission and the former chair of the New York and Maine utility regulatory commissions. He has taught at the Yale School of Forestry and Environmental Studies and is currently an adjunct professor at Vermont Law School, where he teaches Nuclear Power and Public Policy. He is vice chair of the board of the Union of Concerned Scientists and is the author of Fragile Structures: A Story of Oil Refineries, National Securities and the Coast of Maine. He is also the author of an article entitled “When the Unthinkable is Deemed Impossible: Reflecting on Fukushima.”

“For one thing, the Fukushima accident shows one of the many reasons why nuclear power is such a poor bet when it comes to combating climate change.”

“We’ve seen that the liability limits in the U.S. and elsewhere are frivolous compared to the actual costs of a major nuclear accident… There’s just no reason to keep running those risks, given the low-carbon potential of a whole basketful of other technologies that we have available now.”

“The industry is completely dependent on federal taxpayer largesse for any hopes of building any more plants…You can create a twenty-four-hour low-carbon or zero-carbon energy system at a significantly smaller cost than relying on nuclear power.” 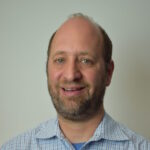 Alan Zibel is the research director of Public Citizen’s Corporate Presidency Project, which focuses on corporate influence and conflicts of interest in the Trump administration. He is a former reporter for the Wall Street Journal and the Associated Press, covering housing and financial regulation.

“I think most people would say okay, it’s good that we didn’t have a gigantic financial meltdown. I think that’s relatively uncontroversial. But the Fed really went very, very far. It took unprecedented steps to do something they’d never done before, which was to buy corporate debt… The Fed policy, by purchasing corporate debt, they kind of greased the wheels for corporate debt issuance and allowed… a lot of industry consolidation and gave a new lifeline to this industry that does so much damage to the planet… No matter how bad your business model is, if you can sell debt on the public debt markets, the Fed’s got your back.”

“(Taxpayer subsidies for the failed nuclear plant in South Carolina are) another example of corporate immunity, corporate impunity, and the unstoppable– it seems, so far– corporate supremacy over more and more of our political economy. Think what these billions of dollars could have done if they were applied to communities throughout South Carolina. To retrofit buildings and homes for more energy efficiency, good jobs, less greenhouse gases, and more money in ordinary people’s pocketbooks. This is the true criminogenic nature of corporate power over our government.”