Nurses on the Front Lines/Captain Bligh

Scholar and Bernie Sanders surrogate, Ramesh Srinivasan, joins us to talk about the need to regulate big tech while also sharing his thoughts about the end of the Sanders campaign. Then prominent Bay Area attorney, Joe Cotchett, explains why during the coronavirus lockdown, he has stopped collecting rent from the tenants in the commercial properties he owns. 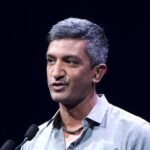 Ramesh Srinivasan is a professor at the University of California, Los Angeles in the Department of Information Studies. He is the director of UC Digital Cultures Lab. His research investigates technology’s relationship to democracy, public health, social change and distance learning. Dr. Srinivasan is the author of “Beyond the Valley: How Innovators Around the World Are Overcoming Inequality and Creating the Technologies of Tomorrow”.

“In Oaxaca, across dozens of indigenous Zapotec, Mixtec, and Mixe communities, we see communities collectively owning and building their own digital cell phone networks. Meaning that any value that’s provided out of the network is redistributed in the community. Employment is local. People together make decisions in very directly democratic ways… People are able to take power over technology truly in a community based way.”

Ramesh Srinivasan, author of “Beyond the Valley: How Innovators Around the World Are Overcoming Inequality and Creating the Technologies of Tomorrow” 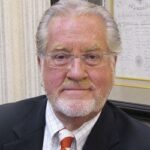 Joe Cotchett is a prominent lawyer who built his career by representing the underdog against powerful interests. Mr. Cotchett is a property owner in Half Moon Bay in the Bay Area. He is waiving two months’ rent for his 65 Half Moon Bay tenants to help keep these businesses afloat during the pandemic. Mr. Cotchett is the author of “The People vs Greed: Stealing America: Main Street vs Wall Street: The Continued Erosion of Ethics in Our Professions Business and Government”.

“If you own a building with some small tenants in it and they go out, bankrupt, whatever it may be, they close. What do you think happens to the value of your building? It goes to nothing because a commercial building without tenants is worth nothing.”

Joe Cotchett, Bay Area attorney and commercial landlord on why he’s forgiving his tenants’ rent during the coronavirus lockdown