Historian, Paul Street, joins us to discuss how the Democrats seeded the ground for the rise of Trump in his new book, “Hollow Resistance: Obama, Trump and the Politics of Appeasement.” And Ralph welcomes the chair of Our Revolution, Larry Cohen, to update us on how the progressive movement is faring in the Biden/Harris campaign. 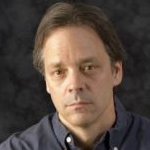 Paul Street is an historian, journalist and political commentator. He writes regularly for CounterPunch and Black Agenda Report. Mr. Street has a doctorate in U.S. History from SUNY Binghamton University. He is the author of many books including Barack Obama and the Future of American Politics, The Empire’s New Clothes: Barack Obama in the Real World of Power and Hollow Resistance: Obama, Trump and the Politics of Appeasement.

“I had not anticipated how much reporters at the Washington Post and the New York Times and elsewhere want to think that Obama is fighting back against Donald Trump and saying energetic and aggressive and critical things. [They] put it in the title of their write up. And then you look at the primary sources and what the reporters are writing about. And he did no such thing at all.”

Paul Street, author of Hollow Resistance: Obama, Trump and the Politics of Appeasement

“I think that if [Obama] would use his ex-presidential bully pulpit to call [Trump] out for what he really is. An arch authoritarian menace. That he had the platform to do that. And that it would have been useful to do that.”

Paul Street, author of Hollow Resistance: Obama, Trump and the Politics of Appeasement 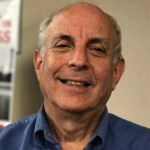 Larry Cohen chairs the board of Our Revolution, the successor to Bernie 2016. He was the founding chair of the Democracy Initiative, a coalition of more than 50 membership organizations working together on securing voting rights and removing big money from politics. Mr. Cohen is a member of the Democratic National Committee and was appointed by Senator Bernie Sanders as vice-chair of the Unity Reform Commission. From 2005 to 2015, Mr. Cohen served as president of the 600,000 member Communications Workers of America. He also spent nearly all of his adult life as a member, organizer and officer of the union.

“A deliberate strategy by Republicans for decades now. Goes back to the 1950s, when [the Republicans] realized that their values were not majority values so they could only win by making sure that voter turnout and voter eligibility was increasingly crushed.”

Larry Cohen, Chair of Our Revolution

“We get divided up. And that’s what Republicans figured out. To get their economic agenda they have to divide us up based on racism and anti-immigrant bashing and make sure 20 million immigrants can’t vote, etc.”

Larry Cohen, Chair of Our Revolution

“I go into Congress a lot, and the Democrats just don’t have the energy the Republicans have.”